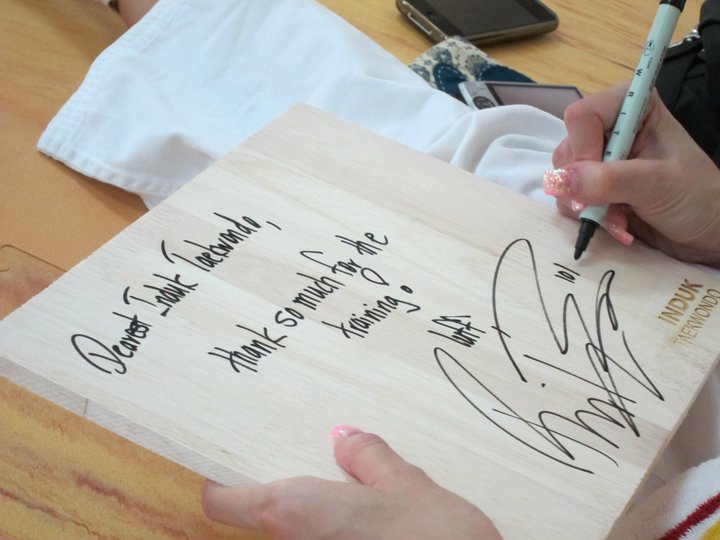 Between October to December last year 2010, INDUK Taekwondo was one of the location shoot for one of Mediacorp Channel 8 drama series, 'A Tale of 2 Cities'. The show was screened in February 2011, starring popular artistes, Rui-En, Pierre Png, Darren Lim and Yao Wen Long, saw these same stars training and filming at our dojang. Principal Lee Seung Man was at hand to train the actors and choreograph the required 'fight' scenes, while several students were roped in to be extras. In some of the sparring scenes when the movements were a little more demanding, Lee and a few of our INDUK students also acted as 'doubles' for the actors.

It was definitely a fun experience for all, as we experienced first hand, what being an actor really takes...!

For pictures of the actions, visit INDUK Taekwondo's Facebook here and here.