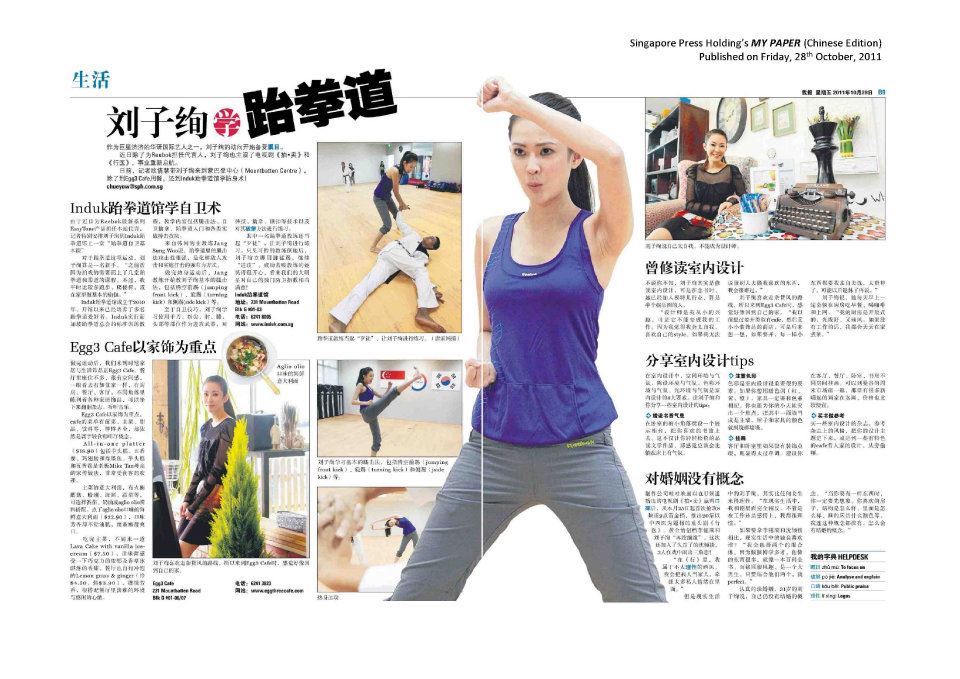 14th October saw celebrity actress JESSECA LIU,the editor for the daily newspaper - 'My Paper', and their crew visiting INDUK Taekwondo. They were at our facility to feature an article (which was published on the 28th October issue) on Jesseca taking self-defense class at INDUK Taekwondo.

Mr. JANG, INDUK's head instructor, led a basic self-defence session for Jesseca. The sporty actress gamely learnt the moves and had a simple unarmed combat session with another of our instructor, Mr. SUREN.