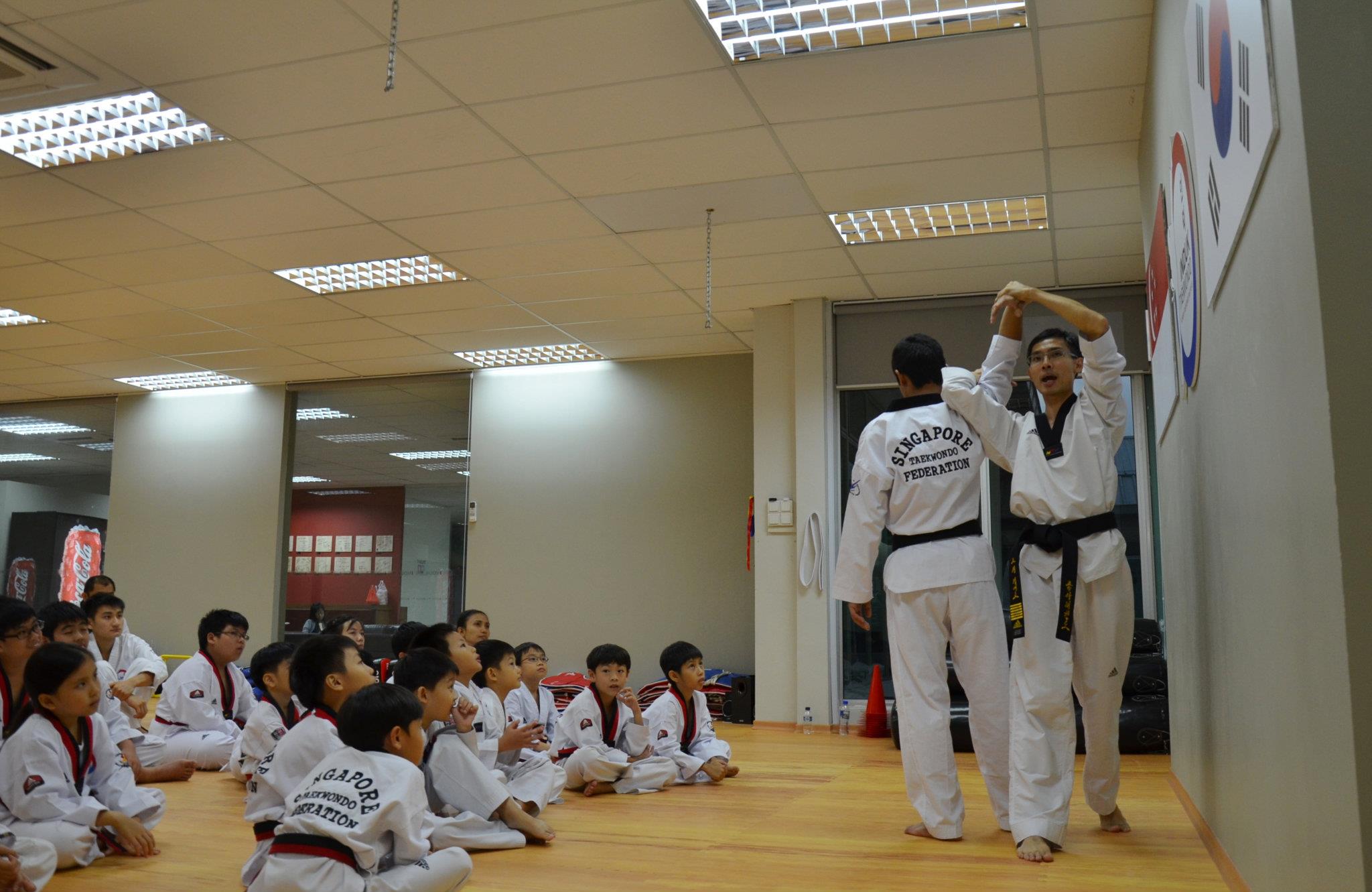 It was an overwhelming response - the dojang was packed with over 30 participants who have signed up for the very first 'Unarmed Combat Workshop', conducted within the school premises on April 22nd, 2012. Participants were from holder of Red Belts to 1st Poom/Dan Black Belts. Led by 6th Dan Leon Koh, from the Singapore Taekwondo Federation, students were taken through various defense moves encountered in different scenerios. The techniques taught included how to disengage oneself from a tight situation, to disarming an attacker, etc. It was definitely hard work for all participants who had to learn and remember all the different moves. However, amidst all seriousness, there would be peals of laughter as students practiced amongst themselves. It was definitely an enriching experience for all participants.