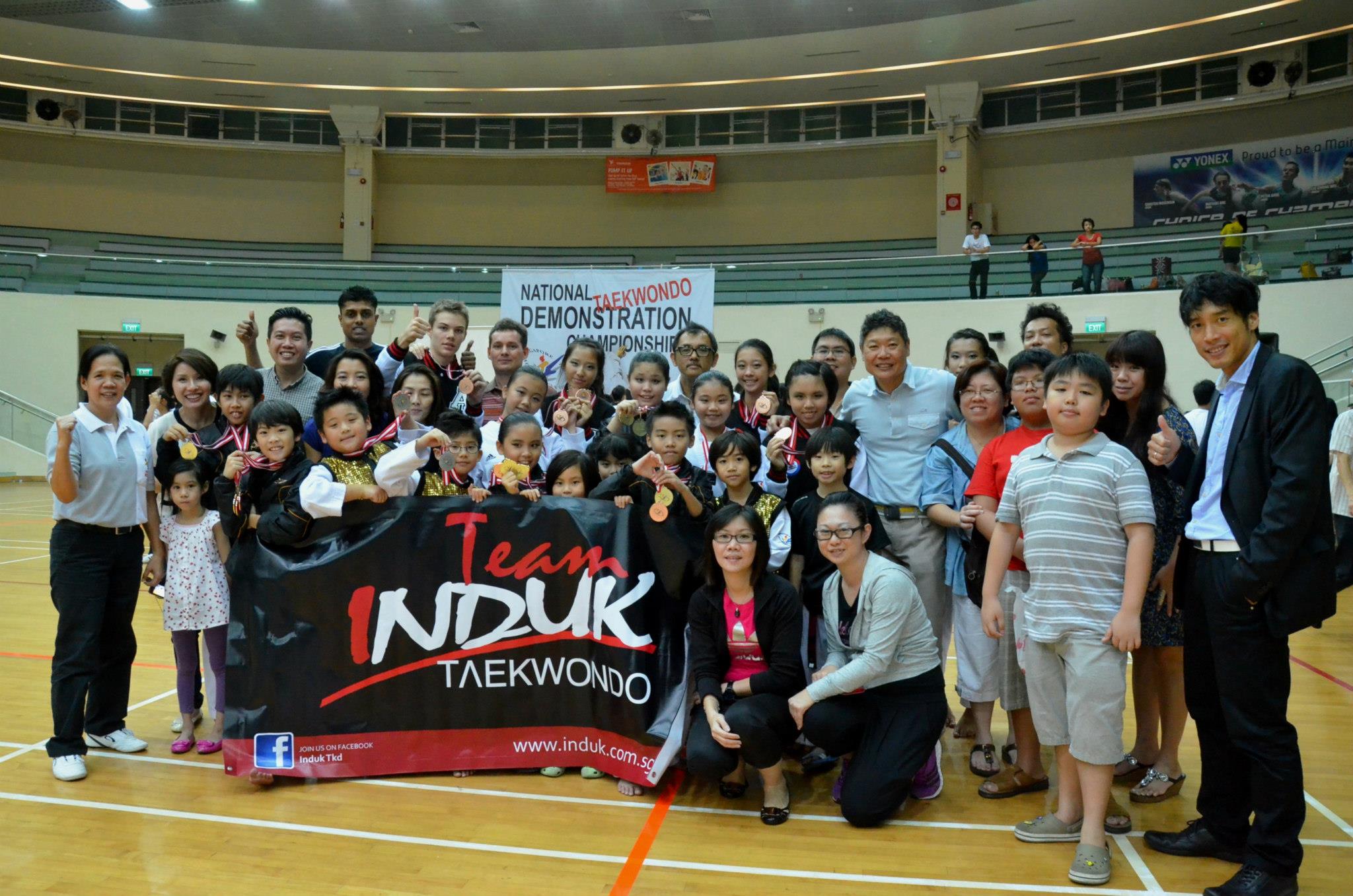 It's a fantastic day at the Championship for our young demonstrators. They showed spirit, sass, spunk and plenty of swagger. Our youngest junior team drew the loudest cheers with their taekwondo aerobics to the tune of the popular K-Pop song, 'Roly-Poly'. The team's effort resulted in a 13 medal haul which included three golds, one silver and 9 bronzes. Thanks to the unwavering support of the parents and coaching team for another successful outing...