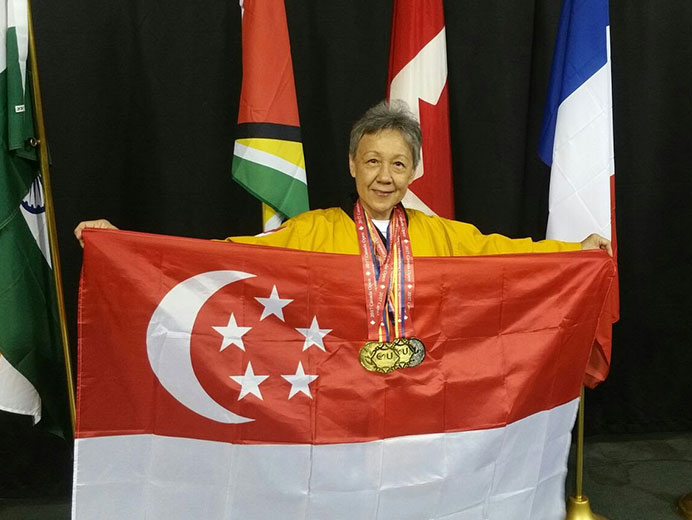 A CHAMPION IN OUR MIDST
Posted on October, 2017

Sister LINDA SIM, or Sister LINDA as she is fondly known as, is part of INDUK’s coaching staff. The unassuming, no-nonsense yet friendly coach our students are familiar with at weekend classes, has had another extraordinary year in her international competition calendar. As a member of the Singapore Taekwondo Federation’s National Poomsae squad, the 64 year-old closed out her 2017 competition schedule with a bang in September when she bagged 2 golds at the Commonwealth Taekwondo Championships in both the individual and pair events. This year’s edition of the Commonwealth Championship saw competitors from 13 countries.  She continued her form, and took home a gold medal in the individual event, and a silver in the pair event at the Canada Open. Both events were held in Montreal from 27th September till 1st October, 2017.

We hope our students at INDUK Taekwondo as well as practitioners around the globe continue to draw inspiration from Sister LINDA. Congratulations Sister, we at INDUK are proud of your achievements!